In 1998, I was a junior Program Manager on the Internet Explorer team at Microsoft. My first project was shipping Internet Explorer 4 Plus, a CD-ROM with Internet Explorer 4.0 and a whole lot of trialware junk that we sold for $49. Yep, gather around, kids – let me tell you about a time when browsers were sold in physical boxes at CompUSA. And a pack of gum cost a ha’penny, and Coke still had cocaine in it!

We had shipped Internet Explorer 4, and we were busy with Internet Explorer 5, which was chock full of awesomeness, like offline browsing using Channel Definition Format (remember when Pointcast was worth $450 million?), an all new Trident engine, and “Weblications,” a way-too-early-attempt to let devs build rich apps in the browser – though I guess that did lead to the invention of AJAX.

In those days, I was always at work until 10 PM, mainly because dinner was free and I had no life anyway.

And one of those nights, one of the senior devs Bharat Shyam asked me to come over to his office to look at something. I’m sure I was in the middle of writing some amazing yet useless spec/patent. So I walked over to his office and he was hunched over his 133 Mhz Pentium PC, 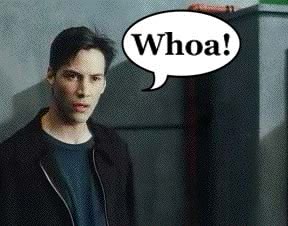 one window full of Win32 C++ COM jibberish, and the other with his local build of IE5. He said, “check this out,” and in IE he added a favorite (aka bookmark, for you Chrome-heads). Amazingly enough, the favorite had a fancy icon to the left of it! Never before had anyone developed the “technology” to do such a thing. Marc Andressen hadn’t though of it, and that guy was rich, right?

Bharat said, “this is good, right? Check it in?” And I said, “yeah, sure, how does it work?” And he said that you just had to put a file named favicon.ico at the root of your IIS Server, and you were good to go! So I said, “sure that sounds good,” and I went back to my office.

The next day, my manager called me into his office. He said, “did you OK this checkin?” And I said, “yeah, sure.” And he scolded me because he said Bharat had taken advantage of me – he was looking for a junior PM to OK this late checkin, and I should have said no. I promised to do better.

But now I look back & realize that we did the right thing. Seriously, how risky was this feature?

And I still remember telling my friend Michael Radwin at Yahoo about favicon.ico. He was looking at Yapache logs for fun as he does, and he had noticed an unusual spike in HTTP requests for http://www.yahoo.com/favicon.ico. He said, what the hell is favicon.ico? And I explained it to him. He was so excited that he slammed a favicon.ico onto the server, which might have been one of the first official favicons in existence.

So there you go, the story of the invention of favicon.ico. For the kiddies.